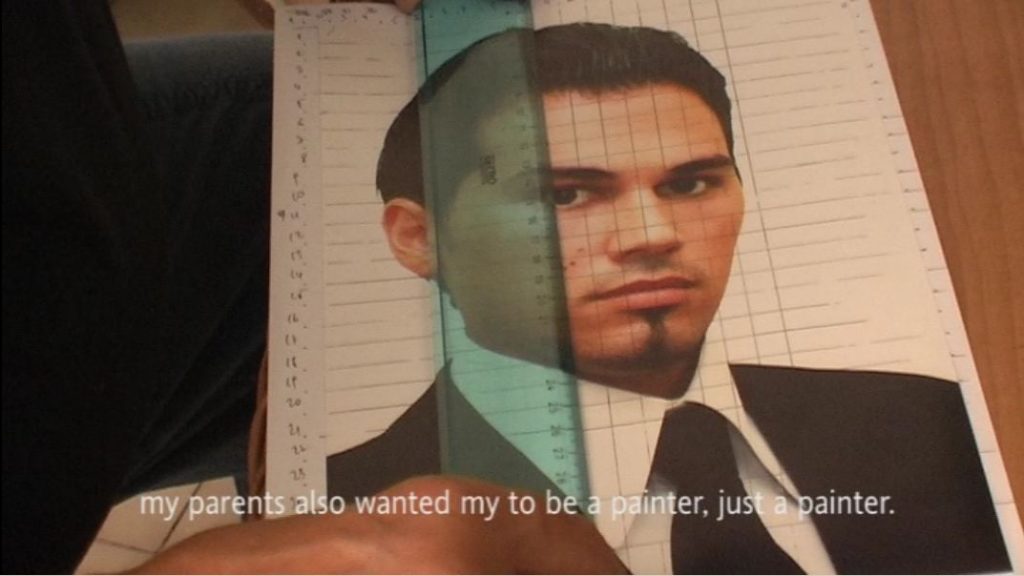 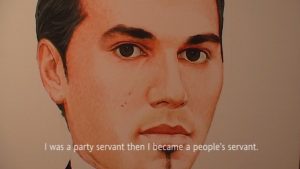 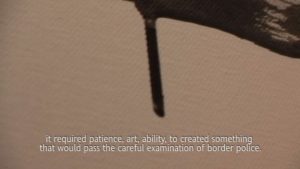 For twenty years the artist’s father worked as a painter of the Albanian regime, and after the end of it, in 1991, he dedicated his art to the making of fake visas for people to emigrate. The shift is ironically described by the artist’s father when he defines his first job – portraitist of the regime’s leaders – as ‘political art’ and the second – faking visas – as a ‘social art’.

In the film, the artist asks his father to portray him in the same style he used to portray the dictator Enver Hoxha. While we see him working on the portrait, his face is never revealed, but we hear the narration of his several attempts of trying to be an artist through the failures of his personal story and the country’s history: from the first decades of communism, through the failure of the social ideals and the country’s economy, until the civil war of the 90s.

Finally, at the end of the film, the father fakes his signature into the one of his son: a portrait of the artist embedded in the coexistence of truth and lies.