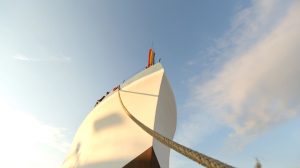 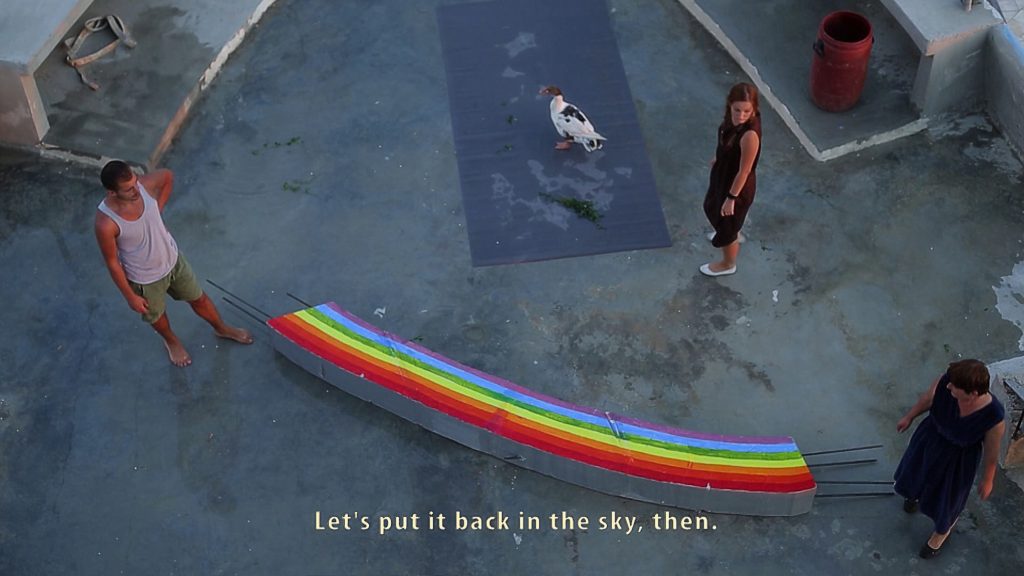 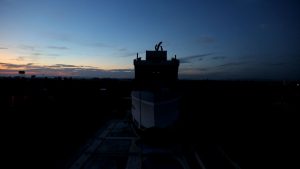 “Those who tried to put the rainbow back in the sky” tells the story of three people and a duck that, being on a ship of concrete in a wait condition, accidentally found a piece of rainbow fallen from the sky. In doubt about the origin and the destiny of the rainbow, then they decide to put the rainbow back in the sky. As in ancient Greek theatrical representations of tragedies, everything in this video takes place in one day which also coincides with the real length of the video shoots. However, is impossible to decipher the historical time, as it is rather a “lived time” which allow us to reflect only upon the final act that dramatically suspends any judgment and brings every thought back to its origin.
The film was made in Albania in a small village called Velmisht. Passing by, the artist discovered a boat made of cement, and met who built it: Pellumb’s desire, an Albanian who emigrated to Greece for many years, where he worked at the port of Athens. His dream was to return to his native land and build a big ship.