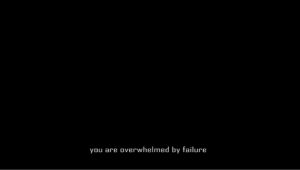 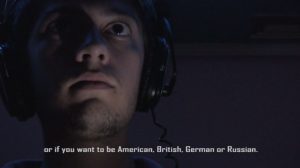 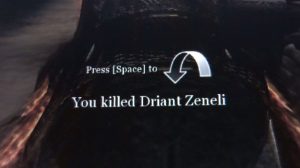 A dark screen and a background voice. A teenage boy is meticulously describing his aim: to kill as many enemies as possible from as many different nationalities as possible. The boy’s voice describes his emotional state during the waiting time, before hitting the enemy. Through the analytic description of his emotions, we hear the rules of this war, told by an unknown soldier. We slowly discover though the films, that the enemy is virtual, and the failure, in this war, is more emotive then physical. The protagonists of the video are a group of teenagers from Tirana who spend their time playing “Call of Duty II”. The game is based on WWII taking on people form all over the on line world. Each can choose a nationality: Russian, American, British, German ect. The ‘enemies’ are young people who share both real and virtual time in video games rooms scattered around the planet.